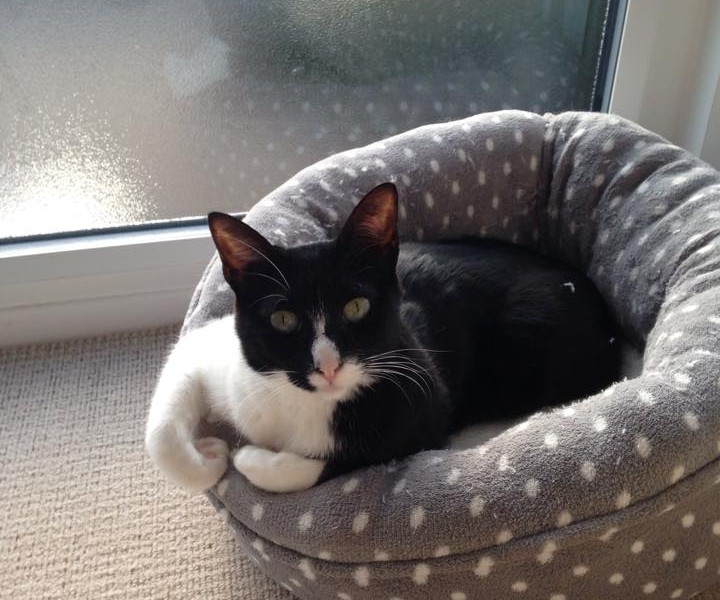 A woman saw Flossie and her two kittens living as strays in Spain. Her heart broke when she saw them sleeping on a bed of glass. She arranged for their passports, vaccinations and flights, but sadly once she got Flossie and her two kittens home, she found out she was actually allergic! It took 6 months before we found a forever home for Flossie, but it was definitely worth the wait.

Flossie was adopted by Alex and Dave. After losing their senior kitty the year before, they found themselves drawn to the plight of Flossie as she had been through so much in her short little life. She was still very timid when Alex and Dave first met her, but it made them want to care for her and love her even more. She settled in so well and in time became braver and learnt to trust.

A while after adopting Flossie, Dave found out his job was moving to The United States of America, and their immediate thought was ‘Of course we would take Flossie with us!’. There was no question. But that didn’t stop Alex worrying, and she couldn’t sleep for weeks. Alex was worried about doing the right thing for her, but she reminded herself that her friends had taken their kitties to further flung places and this made her feel a little more at ease.

Alex and Dave needn’t have worried! Flossie is a trooper and as soon as she stepped out of her carrier, she was brimming with confidence! Now Flo is even more affectionate and she lets Alex and Dave pick her up. This confidence also means she is also far more cheeky; yesterday I caught her eating my pastrami! Alex says they can’t imagine life without her!!

Well done Flossie, and thank you Alex and Dave for giving Flossie such an amazing (and well travelled) life! 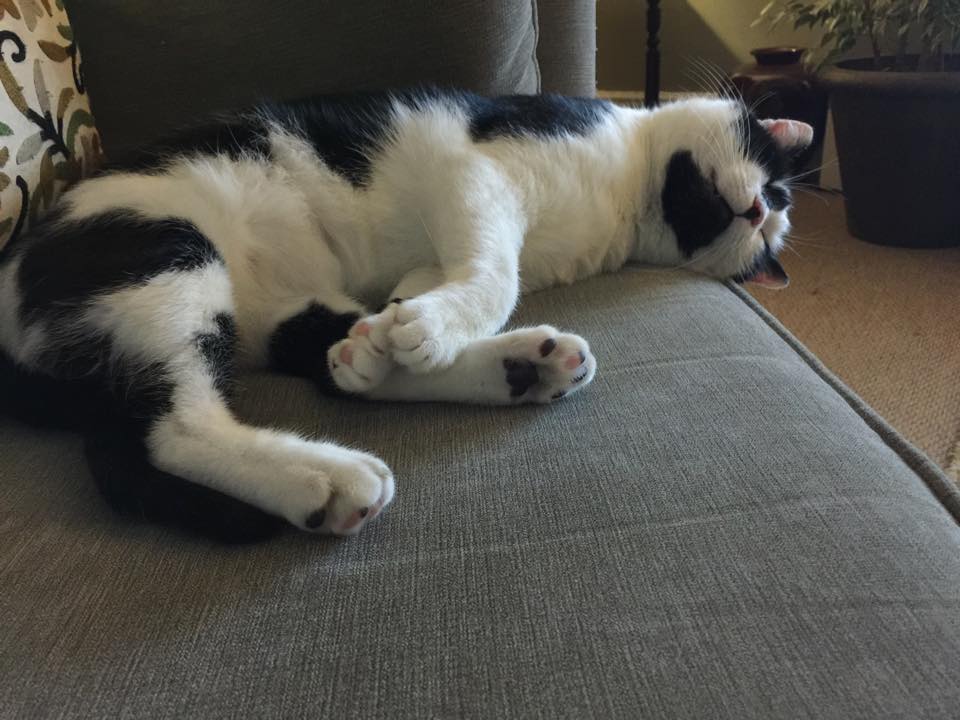 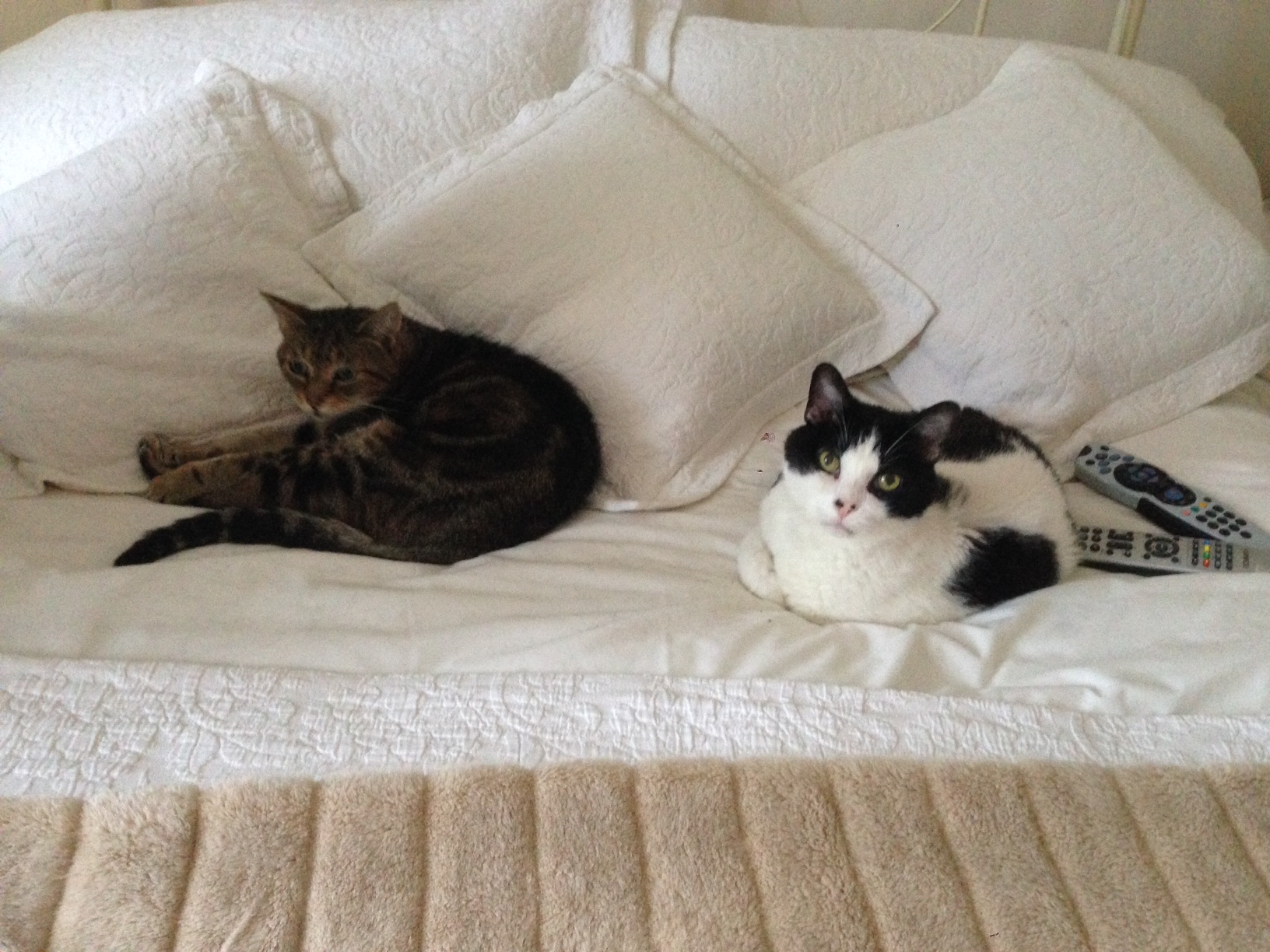