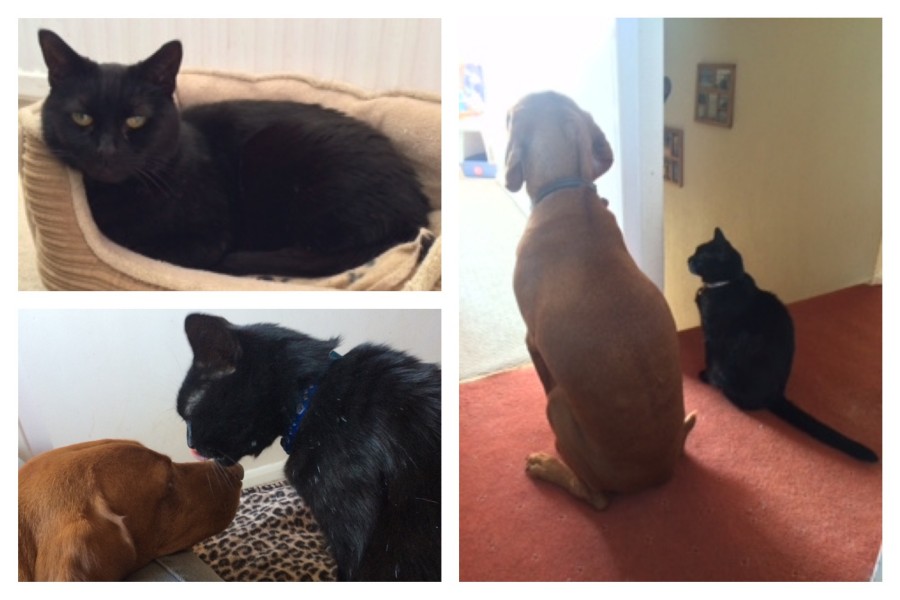 Neo came to Goldie’s as his owner was no longer able to care for him, and the basic level of care required had not been met for a long time. His teeth were in such a terrible state that our vet said the teeth were rotten all the way to the root, and his stomach actually turned while doing the surgery. We can only imagine how bad it was for a vet who does numerous surgeries day in day out to feel nauseous at what is considered a routine surgery.

Some TLC transformed Neo into such a handsome house panther. He has such a wonderful temperament, we knew it wouldn’t be long until he was adopted!

His adopter Sue says: ”You would have thought Neo had lived here all his life! He has totally settled in, and is fine with my other cat Maggie and my two dogs, Amber & Tilly, in fact Amber adores him! He is such a lovely little character, very affectionate, just adorable! At this moment in time, he is fast asleep on my lap!

Adopting from Goldie’s has been a very fulfilling & rewarding experience for me, and I recommend Goldie’s to everyone. I have looked after lots of cats over the years with my business, but I have never met such a lovely cat as Neo, I’m looking forward to many years with this ‘young’ man. Goldie’s do fantastic work and if only more people realised how rewarding it can be to rescue an older unwanted cat, this chap has certainly fitted in purrfectly.”

Good luck Neo and thank you Sue for adopting him. 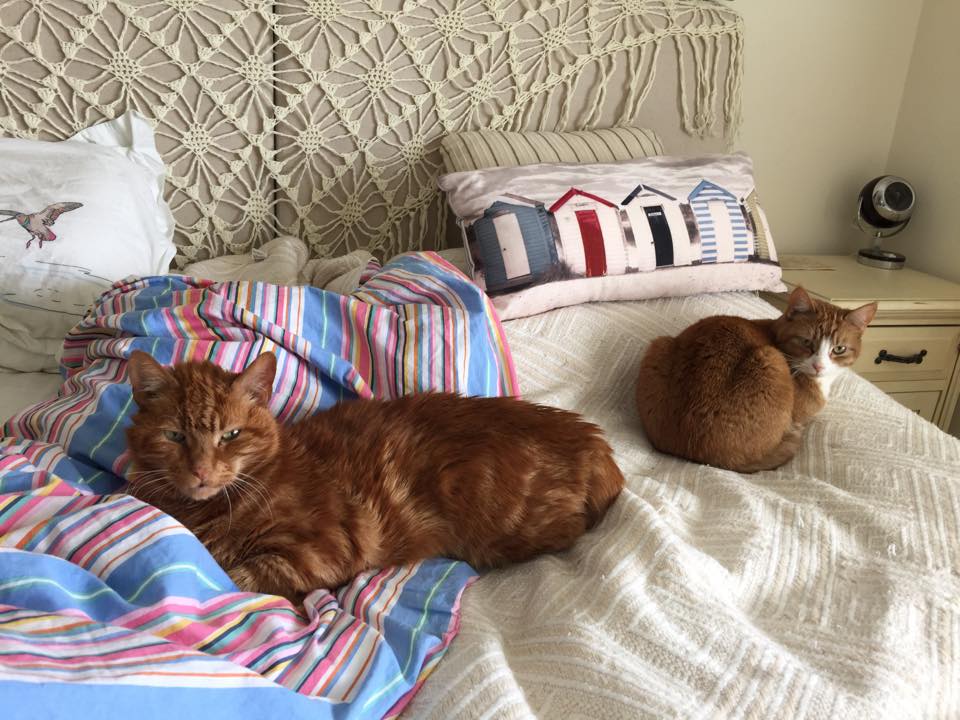 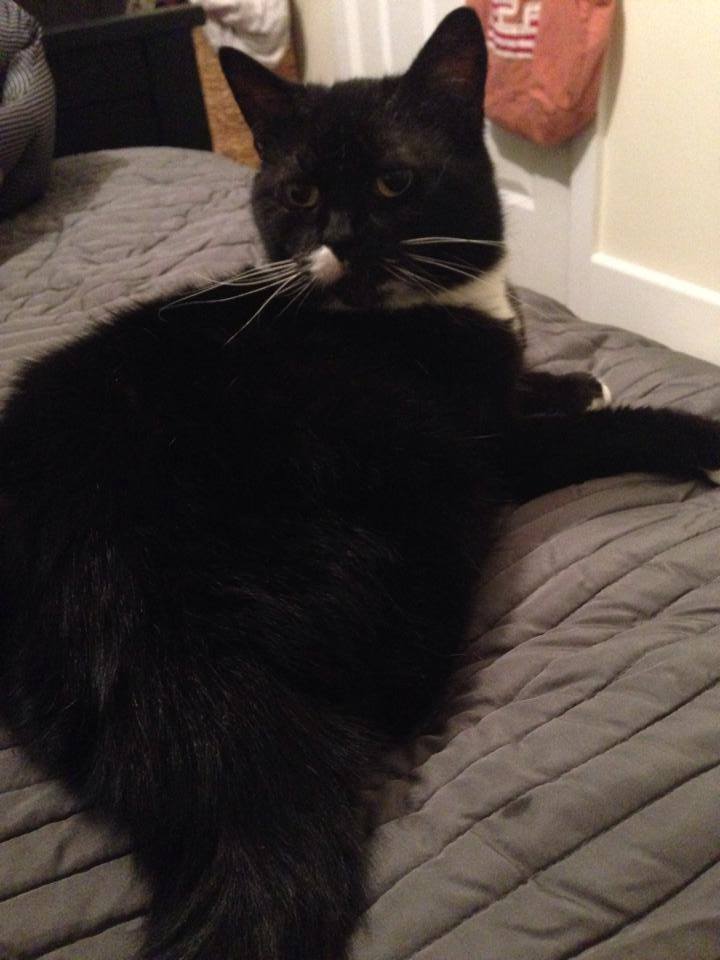